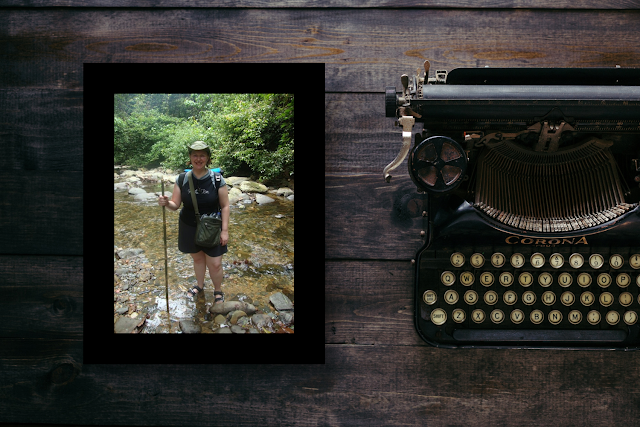 Amy Hutchinson likes to think of herself as a Renaissance woman because that sounds flattering. Others may accuse her of lacking focus and the ability to choose one profession. Some of her passions include: reading, writing, traveling, teaching, painting, woodworking, kung fu, boxing and scuba diving. She also loves science and is considering a PhD in one of the biological sciences, but that is only after she finishes writing all the novels she has planned, which could take several years.

Right now, Amy Hutchinson is a traveler and a writer, but not a travel writer. She used to teach 4th grade to adorable children in Shanghai, China, and she would say that her Mandarin is pretty good, but her students would disagree. She now lives in Chicago with two cats and a lot of books. (Source: Goodreads)

What if the ancient story of Persephone and Hades wasn’t just a myth?

Cora Dell has, up until her junior year, lived the ordinary life of an ordinary teenager. But that was before the dreams started-vivid dreams of another world and a darkly seductive stranger who whispers intriguing promises into her ear. When her dreams turn into nightmares, however, she suspects that her nightly journeys into this foreign world may be more than fantasy. With the help of her two best friends-and an unexpected ally-Cora struggles to find a solution that will keep her safely in the world she calls home.

So folks, here is my interview with Miss Amy Hutchinson:

Hi Miss Amy! Tell us a little about yourself and your writing career.

Hi Cora! I recently published my first book last December, and am preparing to publish the sequel at the end of November. I wanted to do it a bit earlier, but writing is hard work!

Have you always wanted to be a writer?

I didn’t know I wanted to write books until about 6 years ago. I have always loved reading, and I am constantly creating stories in my head, but it took me a while to figure out that I, too, could write a novel.

What is the most exciting part of being a writer?

The most exciting part about being a writer is listening to others’ feedback. It’s one thing to have a friend comment on your book, but very different to have a complete stranger read it! Also, I liked the first time I got to hold my book in my hands. It was a really cool moment.

Do you have a strict writing schedule?

I should have a strict writing schedule, but I don’t. Sometimes I am very inspired and I write a lot, sometimes I just watch TV or read. Recently I moved back to China to teach English and travel more, so I have been busy with that, too. I am still writing, so my life is busy, but I like it that way. I don’t like working from home because I never get to see people. At school, I get to talk to students and other teachers.

What inspired you to write Cora: The Unwilling Queen?

I was inspired to write Cora because I have always loved the story of Hades and Persephone. I was surprised that nobody had done a modern version that really stuck to the original story, so I decided to do it. I think the characters are timeless.

Hmmmm, 3 words only? that’s hard. I hope it doesn’t have to be a sentence. The 3 words that best describe my book are dark, romantic, and fast-paced.

In writing a story, what element do you consider more important - the characters of the plot?

In a story, I personally think characters are a little more important than plot. If I don’t care about or like the characters in a book, then I don’t care that much about the plot, either.

What can your readers expect on the sequel of Cora: The Unwilling Queen? Does it have a title already?

I do have a title for the conclusion to Cora’s story, but I don’t want to tell anyone until I have the copyright. I’m worried that someone will take the title before I can publish it! But the story is really good. I think everyone will be very satisfied by the events, although there are a lot of surprises along the way, so readers may not be able to guess how it ends. Most of the story takes place in the underworld where Cora is learning how to be Queen. In the original Greek Myth, I always wondered how Persephone adapted to life in the underworld, so that is what I focused on. My book will be published November 21st! Thanks for the interview :)

There you have it guys! Applause for Miss Amy Hutchinson!