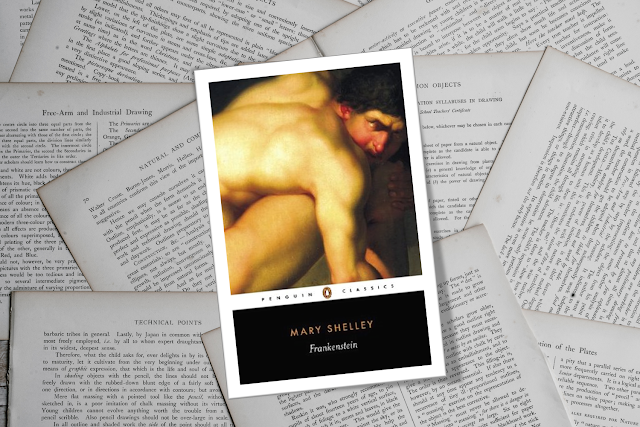 When obsessed university student Victor Frankenstein finds the secret of animating dead flesh, he tries to create the first of a master race, stitching rotting corpses into a superhuman giant. Then the ghastly thing opens its hideous, soulless eyes and Frankenstein flees into the night, shrieking with horror–

Leaving a being who wants love and finds hate, wants friends and finds enemies, wants another and finds no one. Frankenstein is its father, mother, maker and living god, and Frankenstein has abandoned his own monster to a living hell of unutterable isolation. But now, unstoppable, the creature means to get revenge for having been born–

Not by killing its creator…but by destroying everything holds dear, and everyone Frankenstein loves…

If you know me in real life then you’ll know that one of my guilty pleasures when it comes to reading is that I love to read horror and thriller books. I love to scare myself! I also love to read it every night, before retiring to bed. I used to have nightmares and because of this, my parents banned me from reading this kind of books. However, one day, I came across this edition of Frankenstein at BookSale. And guess what? It only costs 17 pesos! Very cheap, right? I immediately bought it and was very excited to read it.

After reading it, I realized that Frankenstein is not the typical horror book because in general, the novel was not the kind of horror book that will give you nightmares; but still, I’m not sure if I just read enough horror books to the point that I became tolerant and numb already. Hahaha!

The plot is simple and yet it didn’t fail to entertain and amuse me. It was a tragic story of a young scientist who played God and after being successful in animating a corpse, he frightfully abandoned it.

Frankenstein is an interesting character. He is a miserable creature who longed for love and affection. He desperately wanted to identify with other people and when he was denied of it, he grew an aversion towards the human race.

“If I cannot inspire love, I will cause fear!”

It is interesting to note that despite Frankenstein’s monstrous features, he is a creature that is capable of feeling and having emotions.

Reading about Frankenstein’s account on how he was loathed by the villagers shattered my heart. I literally wanted to give him a hug. However, I can’t really blame the people for acting like that. I think that it would be anyone’s initial reaction when they see a hideous monster inside their house. I mean, it’s totally normal to freak out when you see an ugly creature talking to your blind father.

Upon realizing that he will never relate to other people, he vowed to make his creator as miserable and wretched as he is.

For me, the main theme of this story is not really about science or ambition. It is more on the societal issue of human alienation. Frankenstein is a symbol of isolation and seclusion. It is about the unending issue of discrimination and the sad reality about how people judge others by merely looking on the physical appearance.

All in all, I can say that this book is definitely a good read!