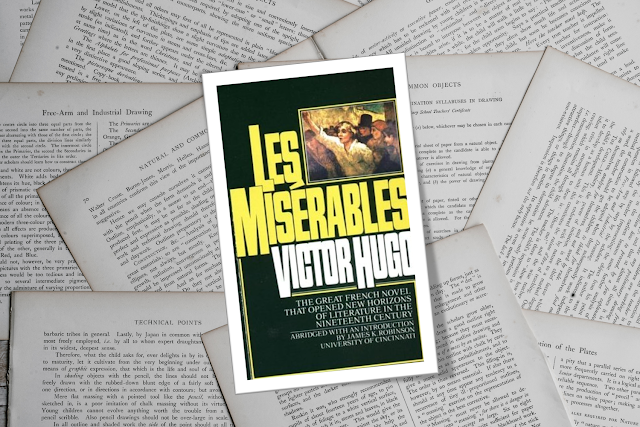 Few novels ever swept across the world with such overpowering impact as Les Misérables. Within 24 hours, the first Paris edition was sold out. In other great cities of the world it was devoured with equal relish.

Sensational, dramatic, packed with rich excitement and filled with the sweep and violence of human passions, Les Misérables is not only superb adventure but a powerful social document. The story of how the convict Jean-Valjean struggled to escape his past and reaffirm his humanity, in a world brutalized by poverty and ignorance, became the gospel of the poor and the oppressed.

MY REVIEW:
If you happened to visit my Goodreads account, you’ll know that I’ve been into Classics lately. It all started when I decided to read Sir Arthur Conan Doyle’s The Adventures of Sherlock Holmes. Since then, I grew a fascination towards classical books such as The Adventures of Tom Sawyer by Mark Twain and The Catcher in the Rye by J.D Salinger. All of which, I finished in just one-sitting! :) And recently, after a month of succumbing to Victor Hugo’s brilliance and eloquence, I finally finished Les Miserables!

The version I read is the Abridged Version because the Unabridged version is quite long and I think I don’t have enough time to finish it before this year ends. The book is divided into 5 volumes and each was divided into parts and chapters.

At first, I don’t have any idea about the plot of the story. All I know is that “Les Miserables” is a French phrase which means “The Wretched” or “The Miserable” in English. So I assumed that the story talks about the life of the wretched, the poor and the oppressed. When I finally got to read the story, I realized that all my assumptions are true. The novel really focused on the poor. Jean Valjean, the protagonist of the story, is a convict who was haunted by his past and was caught up in between doing bad and doing good. The other characters of the story has their own share of “wretchedness” and struggles.

I laughed, I cried, and I pitied the characters. My heart was broken when I read about Cosette’s story and how the Thenardiers treated her. I was hopeful that Cosette and Fantine will be reunited but unfortunately, Fantine died. :(

I also cried during Eponine’s death. At first, I didn’t like Eponine because for me, she’s nothing but a spoiled brat. But when she grew up and met Marius, I began to like her. Her unconditional love for Marius is something that I adore about her.

There is something about the “miserables” that I love. I do not pity them because of what they are going through. I love them because despite their “wretchedness” they still managed to continue and go on with life. Talking about being brave, eh? Despite their brokenness, they still hold on to that little hope that someday, somehow life will become better for them.