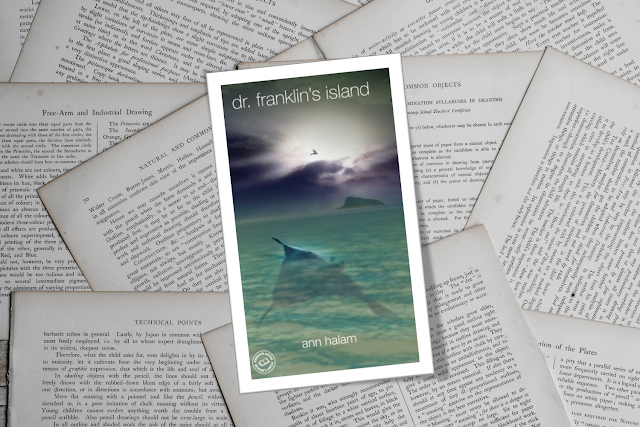 Finished this book in one sitting. Haha! Took me less than a day to finish it!

After reading this book, I was glad to learn that the author included some questions for discussions at the later part. I grab a pen and paper and wrote down my answers then decided to post it in this blog. :)

1. At the start of the book, Semirah Garson (Semi) looks around at the people she is about to spend three weeks with in the Ecuadorian rain forest and on the Galapagos Islands. She makes judgements based on the way they look, and she stereotypes them. In your experience, how accurate are first impressions?

I know some people who said that "first impressions last" maybe because that's what they've experienced. For them, it's like what you see is what you get. But for me, it's the other way around. Most of the time, first impressions lead to wrong conclusions. It became my habit to watch and observe people. I like sitting in one corner and observe the way people behave, laugh, and speak. I believed that the way they act tells more of what kind of personality they have.

However, I learned based on my own experience that what you see is not always what you get. There is more than meets the eye. I remember a girl from my university. I judged her harshly without getting to know her first. The first time I laid my eyes on her, I thought, "We can't be friends." She was some kind of a witty girl (but no, not nerdy and geeky) and she was outspoken and bossy. Gaaaaaaahhhhh! I hate bossy people. Though I know I'm not independent enough to survive school without friends, still, I don't like the thought of getting orders from my bossy classmate. I tried to stay out of her way, keeping our conversations to a simple "Hi... Hello... How are you..." I don't hate her but I don't like her either. That was during my 2nd year in college.

During my third year in college, all my friends were in a different block so I hardly know anyone from my block. But this girl, this outspoken, bossy girl was in my block too. Because I don't have any friends in this new block, I tried to approach her. I said hi, she said hello and before I can notice it, I found myself spending lunch breaks with her. We went to the library together and we laughed at each other's jokes. I never expected any of this but she became one of my best friends in that school. :))))))))))

2. As they try to get their bearings after the crash, Miranda and Arnie argue about how to proceed. He wants to explore and look for help, while she insists that they set up a camp and stay close to the wreck so that rescue workers can find them. Who do you think has the correct approach? Miranda possesses many wilderness survival skills. What skills do you have? Would you have been able to survive on the island?

I think Miranda is right. They should stay near the wreck so that rescuers can find them. Besides, they are not familiar with the island. Who knows what kind of beasts are lurking there? As for my survival skills, I don’t know much. I’m a bad swimmer. I can’t hold my breath very long but I think I can manage to get to the shore by using my resourcefulness. I’ll use something from the wrecked vehicle so that I can get to the shore. I don’t know how to make fire and I think I can’t climb trees, but I know there would be overriped fruits lying there in the sand. I’ll still try to climb the trees in case I ran out of food supplies or if a wild animal ran after me. I’ll go to the wreck and I’ll get things that can be useful. I doubt if I can survive the island but I’ll still try my best.

3. Referring to transgenic experiments, Dr. Skinner says, “We’ve had plenty of losses. And some survive in very twisted forms. But our goal is to take humanity beyond all the limits. Of course there’s a price to pay” (p.72). What is the price Dr. Skinner refers to? Contemporary scientists continually debate the ethics of experimental research. How do we decide what is moral and immoral when it comes to scientific experimentation? Discuss human cloning and other scientific possibilities you’ve heard about.

As what I’ve learned from college, experimental research is a type of research that utilizes a control group. To know the accuracy and reliability of your experiment, you must test it or try it by using control groups. For example, the medicines we have right now underwent a series of testing. Scientists tried it on mice to see its effects. However, the effect of the medicines to the mice might be different from its effect on humans. They’ll have to take risk and try it to the first patient who’ll ingest this certain medicine. I think this is what Dr. Skinner meant when he said there is a price to pay.

For conservatives, it will be inhumane to use humans as specimens. On the other hand, some modern scientists will see this as an opportunity to exceed our limits in terms of science.

Some religious sectors also condemn it. They said that the human body is sacred and it would be against God’s will if scientists will try to interfere with it, let alone its creation.

4. Dr. Skinner tells Semi and Miranda that Dr. Franklin is “a genius. He’s crazy, but he is a genius” (p.75). The character of the mad scientist has been seen often in literature. How do you view scientists? Do you trust them?

I think all scientists are genius. Without them, we can’t move forward. All the things we experienced now in this modern world were product of years of experiment. Without the curiosity, patience and drive of these scientists, our world wouldn’t be better. However, there is a thin line between genius and insanity. Too much knowledge, if not used properly can drive you crazy. I think the problem with some scientists is that they tend to play God.

5. Semi, Miranda, and Arnie are three very different people. Could any of them be your friend? With which one(s) would you like to be stranded on a desert island? Why?

I want to be with Miranda because I can see myself in Semi. Being with Semi is like being with my self and it’s as good as being alone. Semi survived because of Miranda’s survival skills. So I think that I can survive with her too.

I enjoyed reading this book!